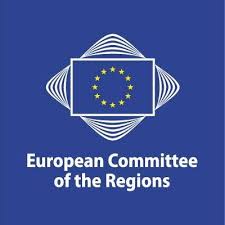 I represent Waterford and the South East Region at European level on the Committee of the Regions. This body is comprised of local and regional elected representatives from across the European Union and is one of the democratic institutions of the EU. It plays a part in the formulation of European laws and policies alongside the European Parliament. As a member of the CoR I also participate in the work of the Southern Regional Assembly, which covers Munster and the South East.

Europe is at a cross roads and Ireland will be uniquely affected by decisions taken in Brussels, Strasbourg and Frankfurt. Its vital that there are strong, radical voices standing up for Irish interests, especially given the context of Brexit, climate change, a strident privatisation agenda, and a race to the bottom when it comes to workers’ pay and conditions. The current COVID-19 emergency and ensuing economic crisis exacerbates this and makes it even more important that Ireland has strong representation at European level .

I use my position on this body to advocate for sensible and sustainable policies that work for Ireland, primarily in the realms of climate action and environmental protection, worker’s rights, economic development, fisheries, transport, agriculture and rural development.